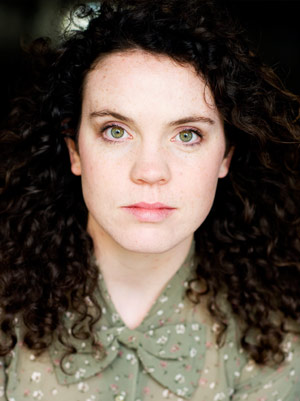 Emily is interested in giving life to untold stories through innovative theatrical means and since graduating, has been pursuing opportunities to expand her skill-set into dramaturgy, writing and directing. She recently participated in a development as part of Summer Camp for Rock Surfers Theatre Company, is currently working on a dance/theatre collaboration and is writing her own work Vandemonian (proudly getting in touch with her Tasmanian roots).

In the pursuit of telling these hidden stories and creating pertinent theatre, Emily is also undertaking a Bachelor of Economics/Bachelor of Arts at UNSW in an attempt to understand the workings of the world.

Emily is a proud member of Equity. 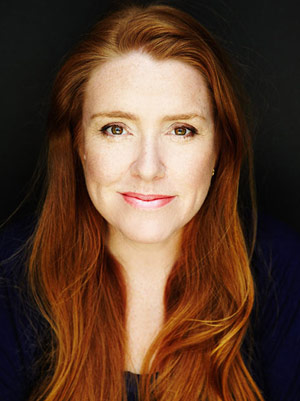 An accomplished actress, she trained under Australian actor Lionel Long before being accepted into the Stella Adler Academy in Los Angeles. Cheryl has performed in over 30 theatre shows including most recently the critically acclaimed Top Girls at New Theatre, Newtown. In 2008 she was accepted into the Acting Shakespeare course at RADA where she performed as Queen Lear in the final course production directed by Brian Stirner.

Through These Lines is her first play as a writer. She directed, produced, designed and created the props for the successful 2010 season of Through These Lines, which she staged in the tunnels of Headland Park, Mosman. In 2014, the production toured regional NSW with acclaimed, site-specific performances in tunnels, bunkers and soldiers’ memorial halls.

Cheryl has over 25 years of experience in the arts and associated industries. She runs her own graphic design business and somehow still fits in being mother to 10 year old Caenwyn. She studied at the prestigious Randwick College of Graphic Design and her clientele includes theatre companies, magazines and business. 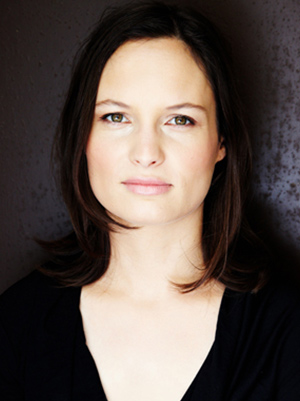 Chloë trained at the Actors College of Theatre & Television (ACTT), graduating in 2007. Her theatre credits include Helena in A Midsummer Night’s Dream and Luciana in The Comedy of Errors (Shakespeare by the Sea), Julius Caesar (Anthony Skuse), W;t and Cosi (New Theatre), Mongrels and Roberto Zucco (ACTT) and Beatrice (ATYP).

Chloë is a proud member of Equity. 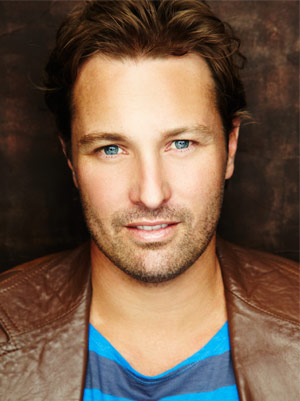 Ben Simpson graduated from the Australian Academy of Dramatic Arts in 2007, with performance credits including The Jungle (Mr Fisher, Sean et al), Aftershocks (Stan, Howard, Eddie), Our Town (Dr Gibbs, Sam Craig), Easy Virtue and the lead of Alfred Ill in Durenmatt’s The Visit, coinciding with the birth of his son! On graduating Ben appeared as James the Apostle and James Dean in The New Theatre’s ensemble production of Terrance McNally’s Corpus Christi, and Thom in the Stories Like These production of The Carnivores, in association with Tamarama Rock Surfers & The Old Fitzroy Theatre, following on from its original production at the New Theatre.

Ben went on to train at the Screenwise Academy for TV & Film acting in 2009-2010, landing the role of Ian Radcliffe in Home & Away during that time. He has also appeared in Crime Investigation Australia, Out of The Blue, Lawrence Leung’s Choose Your Own Adventure, Foxtel’s Tough Nuts, WANTED, Deadly Women, the award winning short film Daniel (Film Moir), and the acclaimed short, Taser (Chesterfilms).

Hailing from the vibrant north-west municipality of Barraba NSW (home of the Regent Honeyeater, Asbestos, and the mighty Barraba Rams), these days resides in the Inner West where he is Dad, Engineer, Cricket Coach and grabs the spare moments to write, having been struck by the writing bug, while directing/producing his graduating short film What’s A Best Man For? A country lad at heart, Ben is passionate about taking ‘stories’ rather than ‘coal’ from the exquisite North West bush land. Ben is thrilled to return to the stage for Through These Lines. 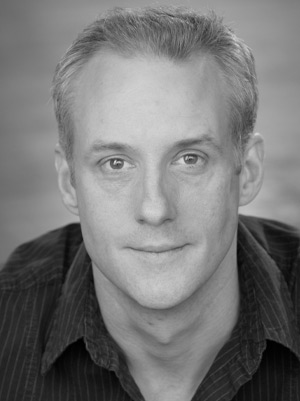 Television credits include All Saints, Packed to the Rafters and Home and Away (Seven Network), Cops L.A.C and Love Child (Nine Network), and A Model Daughter (Ten Network). 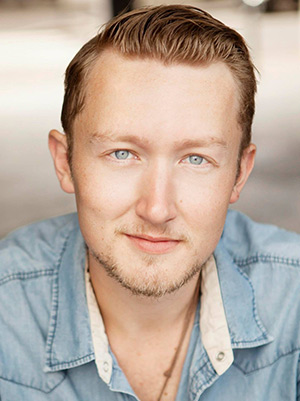 After Alex Thompson attended The New York Film Academy he returned to Australia and almost immediately landed the role of Walter Sneddon in the WW1 epic Beneath Hill 60.

Since then Alex has appeared in several TV series including Packed to the Rafters, At Home With Julia and The Moodys.

Alex has appeared in various award winning short films including Side Story, Am I OK directed by Matilda Brown, The Prince directed by Brendan Cowell, and the 3rd place winning Tropfest short The Maestro. 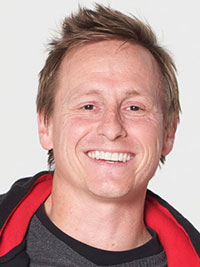 Paul’s skills and experiences run the gamut of the entertainment and arts industries. He is a music theatre graduate of the internationally renowned West Australian Academy of Performing Arts (WAAPA), an Event Manager/Technician in the corporate audio-visual industry, a drummer, guitarist, and holds an Associate Diploma in Accounting.

He has toured Australia and Asia in the musicals Billy Elliot, Jersey Boys, Jekyll & Hyde, and is currently performing in the 25th Anniversary Asia Tour of Phantom of the Opera understudying the role of the Phantom.

In 2012 Paul founded independent theatre company TurnAround Productions with a goal to bring authentic Australian stories and challenging theatre pieces to the masses. He has critically and financially succeeded in mounting two seasons of the one man play, Here Lies Henry, in Sydney and Melbourne and is about to mount another season on the West End in London.

He is incredibly proud to be producing Through These Lines as his first Australian story. 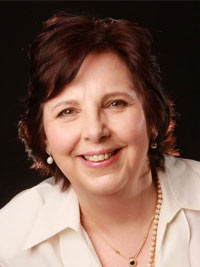 Maria is a Licensed Conveyancer and has been practising for more than 30 years. Mainly working for solicitors during this time, her responsibilities also extended to Office and Trust Account Manager, where she has been praised by the Law Society auditors for her meticulous work. She branched out on her own four years ago and with an expanding client base, has recently employed an assistant.

Her love of music and the theatre came from her father who was an entertainer in the Greek social scene. She has supported many an artist in their careers and, although she may humbly deny it, is somewhat the mother figure in the Sydney music theatre circles. 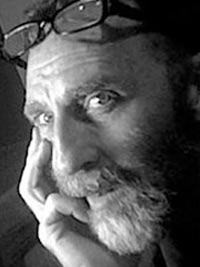 Tom Bannerman is a Sydney-based freelance set designer with an extensive body of work — well over 200 productions. He has represented Australia at the Prague Quadrennial – the supreme exposition of international scenography – received a Chief Glug’s Award for Excellence Behind the Scenes and was nominated twice (Penelope and Jerusalem) for the most recent Sydney Theatre Critics Awards for independent theatre set design. He designed the set for the premiere production of Through These Lines, performed in the defence tunnels, Mosman.

Recent designs are Dying for It, Jerusalem and Don Juan in Soho (New), Anaconda, The Interview and Bondi Dreaming (Bondi Pavilion), Trapped in Mykanos, Bondi Dreaming (an entirely different design) and The Crucible (Downstairs Seymour), The Dreamer Examines His Pillow, Penelope, The Credeaux Canvas and Blood Moon (TAP Gallery), Once under a Sky, Vincent River, The Carnivores and Mile High (Old Fitzroy), The New Electric Ballroom (Stables), Graceland/Asleep on the Wind (Sidetrack), Bent (Belvoir Downstairs), Influenced (La Mama) and PushUp and This Way Up (Newtown Theatre).

Additional to his set design work, Tom is a set builder. He holds a MA in Theatre Studies (UNSW). 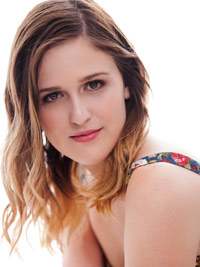 Bronte is a graduate of AIM – Dramatic Arts (formerly known as Australian Academy of Dramatic Arts). Bronte’s degree allowed her to explore her passion in both performance and production under the unique structure of the Bachelor of Performance.

Bronte has gained invaluable stage management experience working on After Dinner (STC) and looks forward to returning to her stomping ground to Production and Stage Manage the upcoming performances at AIM – Dramatic Arts. 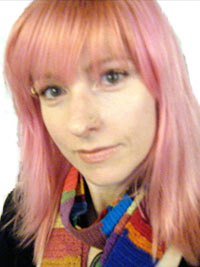 Ali Whiteford studied costume design at Ultimo TAFE and had the pleasure of learning millinery under the guidance of Jean Carroll OAM and mentored by Rick McGill. After working steadily in film and television it was love at first curtain call – live theatre has become her passion.

With a focus on wardrobe attendance and maintenance, Ali has been fortunate to work steadily in Sydney and interstate for the past 13 years. In 2012 she travelled to Singapore, Hong Kong and Korea as deputy on the critically acclaimed dance show Burn the Floor.

Through These Lines is an opportunity to flex both research and design muscles in order to respectfully pay tribute to the courageous men and women who fought in World War 1. She would like to dedicate this to her father who spent many hours researching military badges and medallions. 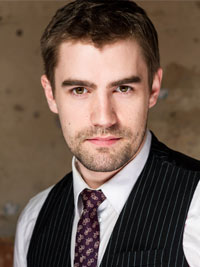 Alistair is an actor, producer, comedian and sound designer. He graduated from Actors Centre Australia in 2010 and is a founding member of pantsguys Productions.

Most recently, Alistair produced and acted in the sell-out On the Shore of the Wide World (pantsguys/Griffin Independent) and completed a sell out tour of his stand-up double-act Double Booked (pantsguys/Adelaide Fringe/ Sydney Fringe) but he only mentions that to seem busy. 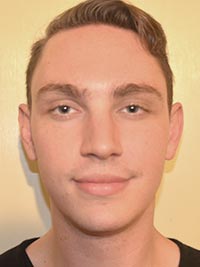 Elliot Glass has been working backstage for several years as both a lighting designer and operator.

As operator and stage manager his credits include Pool; No Water and In The Raw (Darlinghurst Theatre), Redemption (Old Fitzroy), Educating Rita (TAP Gallery) as well as the national tours of Hit Productions’ Driving Miss Daisy and Menopause the Musical. 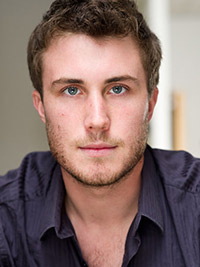 Tim has been a professional actor and movement artist throughout Australia since graduating from the University of Southern Queensland in 2005. He received the Brisbane City Council Lord Mayors’ Fellowship to travel to the USA and Canada to train in stage combat, fight direction and physical movement with his long term mentor Nigel Poulton and has since taught, assisted and directed stage combat for many companies including: Opera Australia, Shake & Stir Theatre Company, NIDA Open Program, Stage Combat Perth, STC and QTC.

Also a performer, Tim has performed alongside Jerry Hall in The Graduate, many productions with the Queensland Theatre Company, Shake & Stir Theatre Company and Gordon Frost Organisation to name a few. Committees include: the Actors’ and Entertainers’ Benevolent Fund of Queensland Industry Ambassador (2013—current), Committee Member (2008-2012) and The Society of Australian Fight Directors Inc. (2006—current). He is a proud member of the Media and Entertainment Arts Alliance.